on February 11, 2013
After a relatively early start in the garage I managed to get all the jobs done that I wanted to.
The Prestwich Models trim tabs were the first things to get expoxyed in this morning, a job made even easier with how simple they are to take apart.
Next it was time to make the front and rear bulkheads, and then cut out the deck & radio hatch.
The last job of the day was to then make the two water cooling pick ups and get them expoxyed in as well.
A very productive day indeed if I don't say so myself. Next up is the big job of joining the hull and deck!
Martin 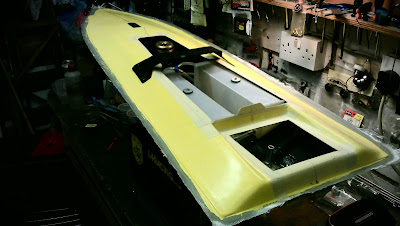 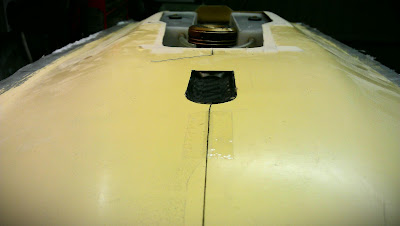 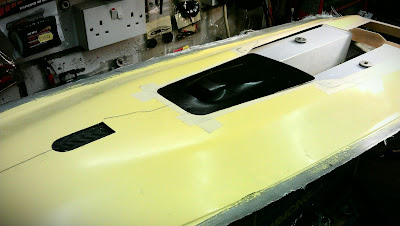 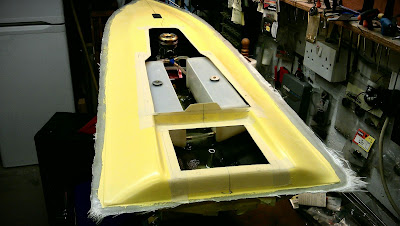 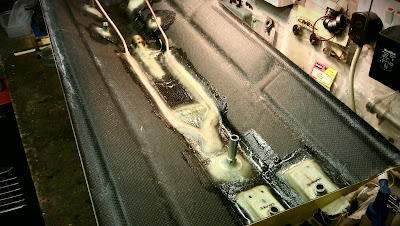