on March 24, 2013
For the first time in a long time we thought we'd treat ourselves to a pre season test. What we hadn't counted on was this crazy spring weather. It's nearly April so why was it snowing?! Anyway we're all way too professional to let that put us off, so up went the gazebo and down came the temperature. 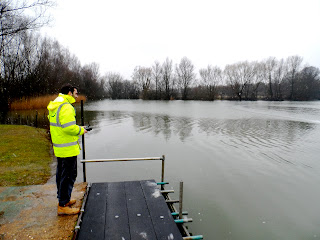 Leon had his boat one the water, briefly... 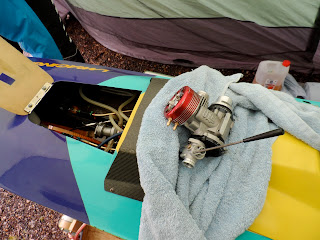 Meanwhile I fitted a new carb, but had some issue that ended with a 30 minute stint with a needle file opening up a hole on the arm. Fun times... 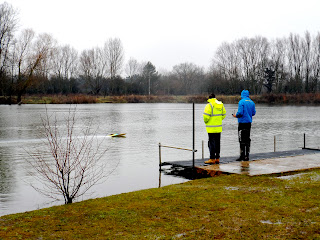 Martin ran his new 7.5cc boat. And at 76kph on the first run was very happy. Nothing broken, so a good day for him. 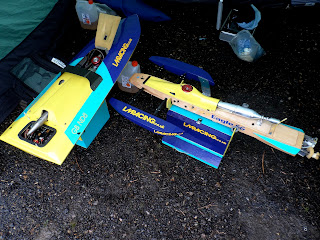 Eventually i got my v boat on the water for a couple of laps before a mystery reciever problem kicked in. So i packed it up and got the hydro out. wanted to get a few runs with the new A/A pipe. I wanted to try it just once without a silencer and it sounded amazing! Crackled and sounded like the devil. But would never make it under the db limit. so i bolted on the T-Mod muffler I'd bought. Although it's compact it make a real difference and will def get me under the limits. 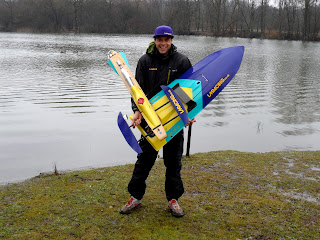 At least problems are out of the way (hopefully). And i do have a new LMRacing cap now!