So with the next round of the British Championship taking place on Sunday, I thought I'd best get started on getting ready for it.

The boat has 3 New servos; there are two Savox SC-0252mg for the tabs with 10.5kg-cm at 6.0v, and a Hitec HS-645mg for the throttle servo. The throttle was the issue for a lack of pace at Peterborough, which was only opening about 80% of the way during the race and eventually burnt out during the test at lunch.

I've also re-mounted the transponder in an attempt to workout why I had a dodgy signal. After speaking to Keith he suggested making sure there was nothing carbon directly underneath, so there's now a brass bracket extending it backwards and over the servos.

Finally it was time to mix up the fuel we'll be trying out this season, using the highly recommended Elkalub Meo 200 oil.

Let's hope it all works! 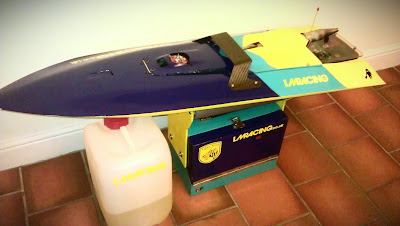 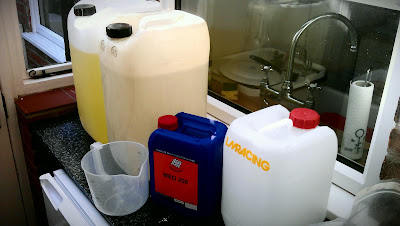 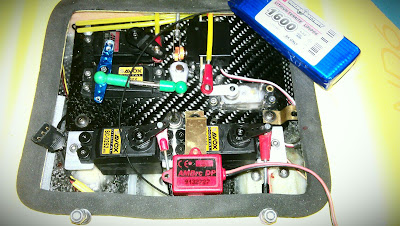 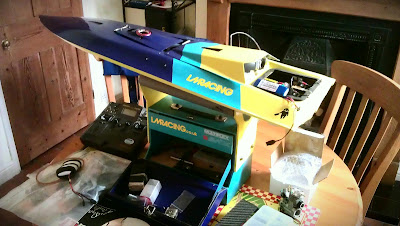