We need your photo's

on August 14, 2013
As most British boaters will know, a close family friend and fellow boater John Ives unfortunately suffered quite a bad stroke earlier in the year. To help aid his recovery my Dad came up with the idea of getting lots of photo's together of races that John might have been to, and putting them together in an album for him to look through. 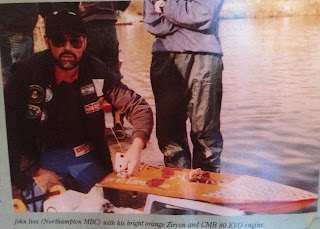 As this was such a good idea we thought we would take it and add to it a little. We thought it would be great to put all of these photo's and memories into a digital photo frame for John to have in his room. So if any of you have any photo's with John and his boats, or would like to give a little something towards the cost of the frame that would be fantastic. It doesn't matter if they are digital or actual prints, the more the merrier.

The next race that we have will be for the British Half Hour Finals, so can we ask that we all have a dig around for those old photo albums and see what we can find and bring them to Northampton. Or you can email them to us- LMRacing.fields@yahoo.co.uk

Who knows, we might even put some of the classics up here as well.