on June 26, 2019
The iMBRA League races are coming thick and fast this month. Just a couple of weeks after round three in Belgium we were in France for round 4 of the western league in Therdonne. It was a new race lake and a really nice one, on a sailing lake in the outskirts of the city of Beauvais.

Mart and I were back out with our E3.5cc, E7.5cc and E15cc boats again. This time I had a much leaner and happier Novarossi engine in my E3.5cc. Making it through the heats to qualify 4th for the A final.

My 15cc was in a better place than Belgium, in that it didn't randomly stop anymore (a new Ians Boats float and standard CMB carb fixed that issue!). But in typical boat racing style fixing those problems only brought in a new bogging problem. But I still qualified for the A final, just!

Come finals day it was a scorching 28c but weirdly much rougher water. And a real test for the little 3.5cc. After a typical fast start from Martin got me up to third at the first buoy and then we were in a proper race in the waves. and 30 minutes later managed to stay upright to take a hard earned 2nd.

The 15cc final was a whole other level of competition and although I crashed out with 2 minutes to go, at that point there were 6 of us all on the lead lap! An epic race and one of the best to have ever been in.

Congrats to all of the winners and another top bit of organising by the French Team. Next international's is in Nottingham UK in September. 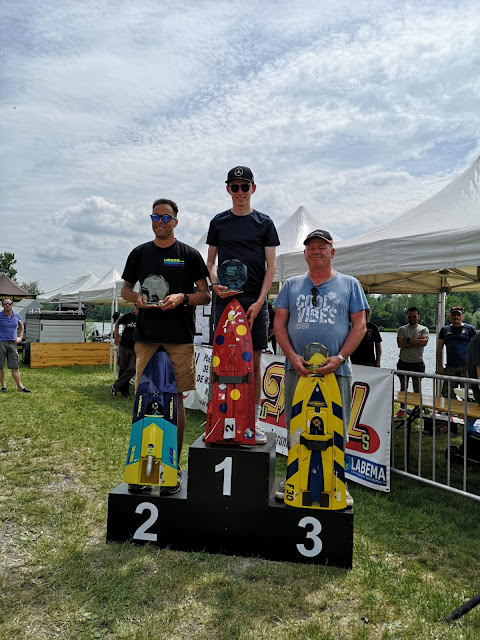 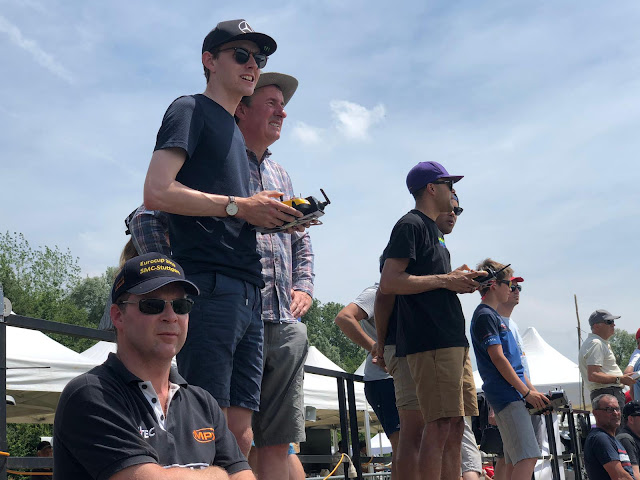 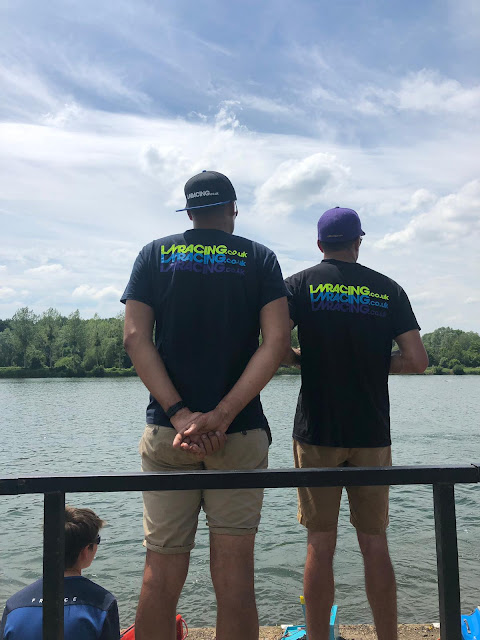 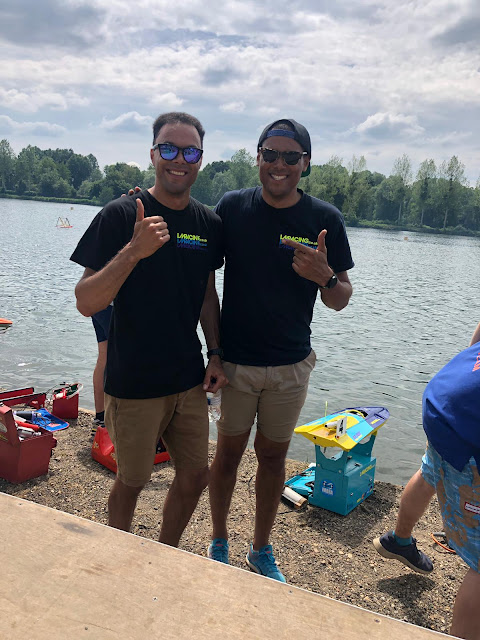 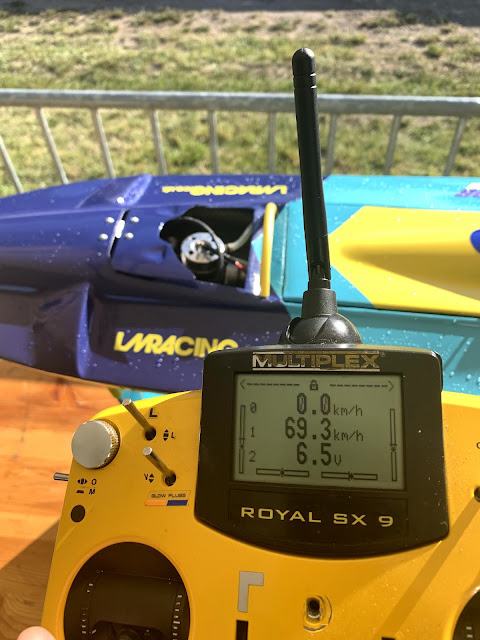 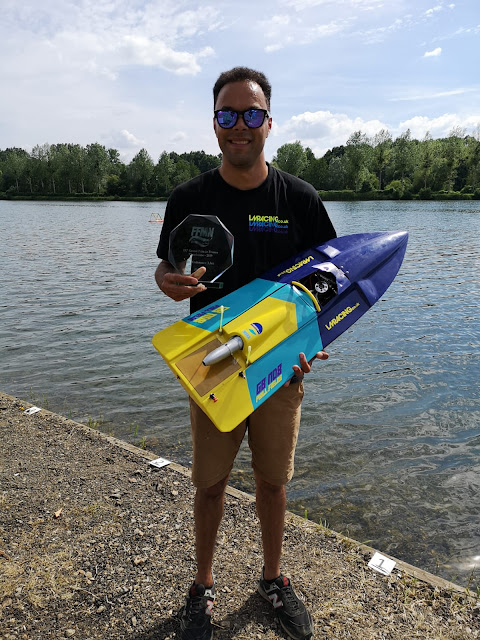 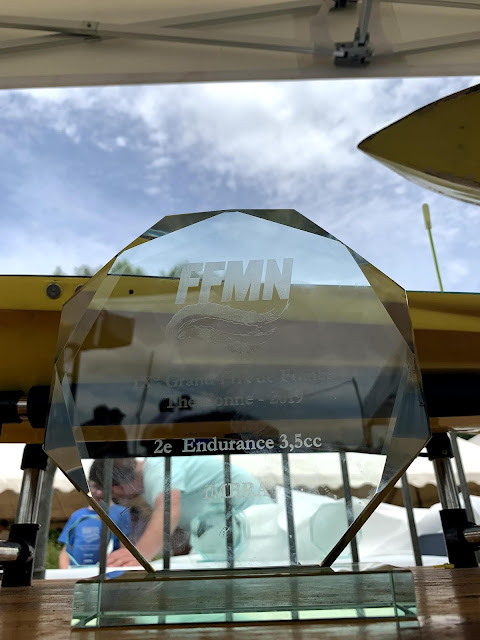 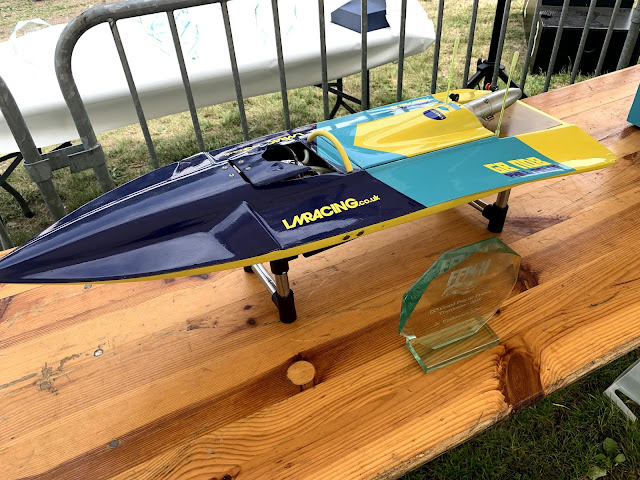 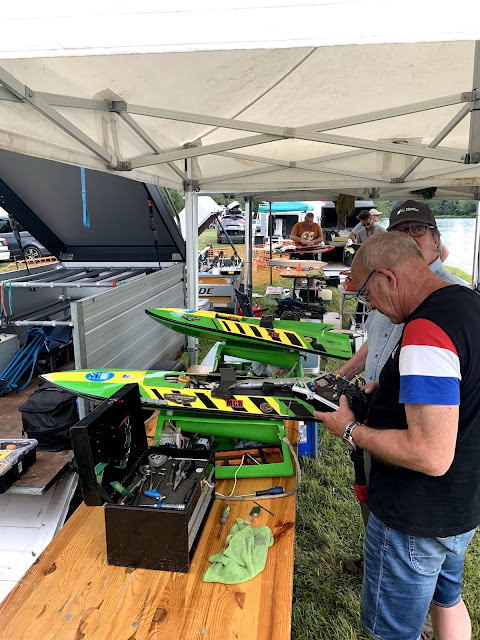 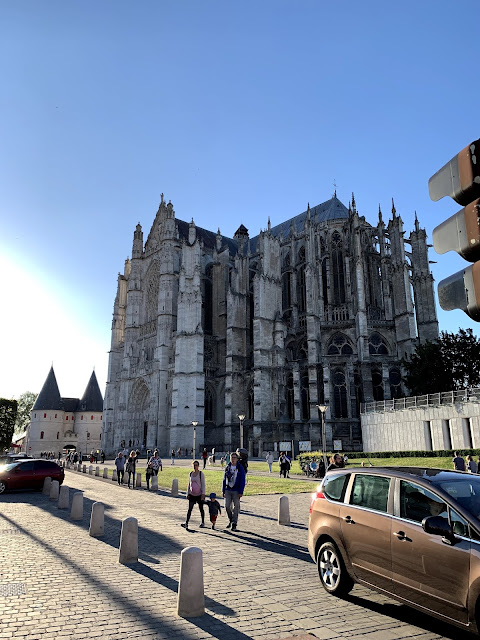 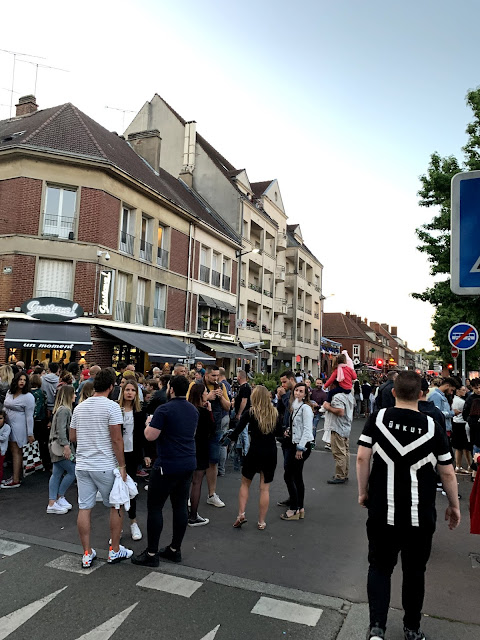 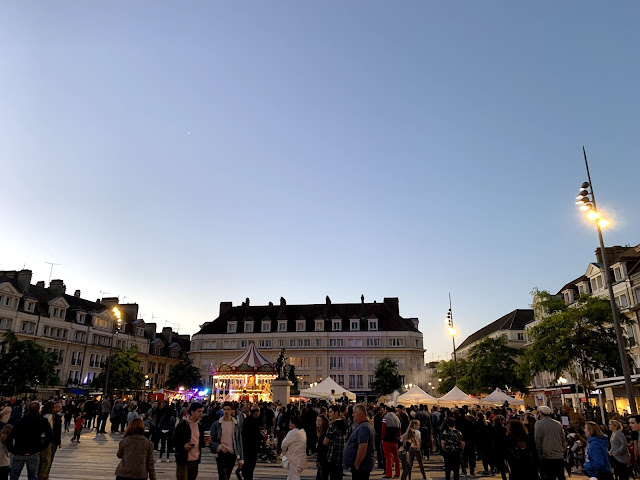 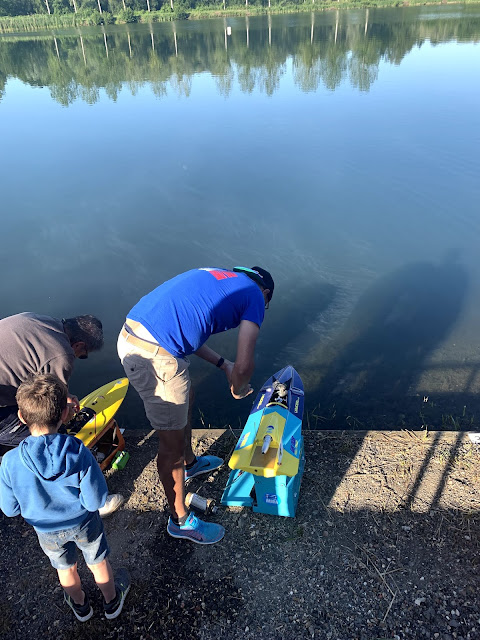 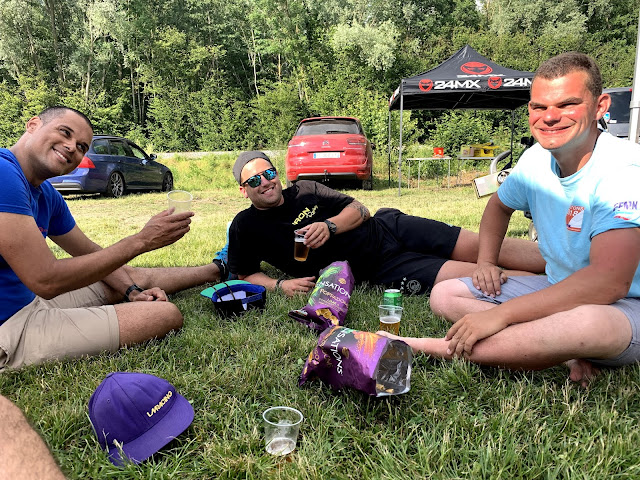 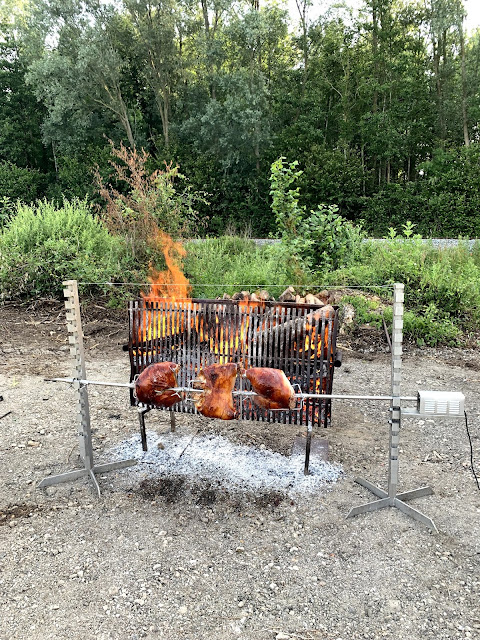 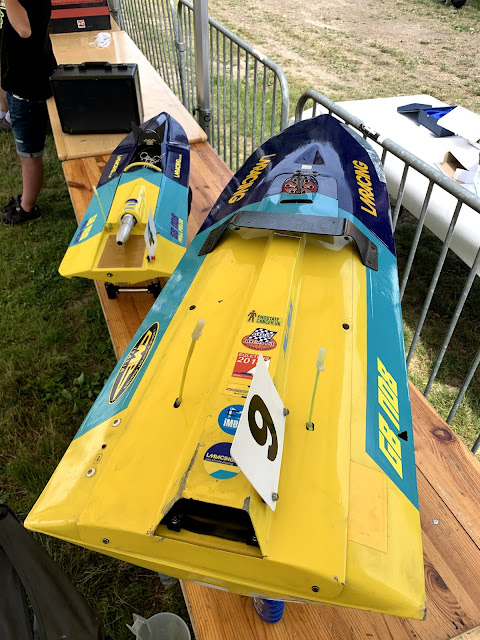 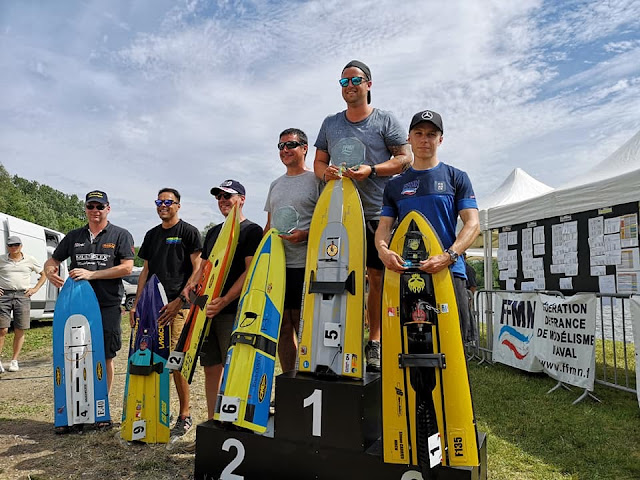